The 2012 Chess Olympiad has already broken records for attendance with 158 teams registered for the marquee chess event. At the Opening Ceremonies of the 40th Chess Olympiad Games, there was the posting of the Turkish national flag, the playing of the national and a video tribute of legendary players of the past (including Turkish masters). The very large hall appeared packed to capacity and the attendees wore headsets in order to hear the proper translations.

The attendees got a treat of Turkish culture and folkloric dance with a very impressive display of acrobatics and balletics from a national dance troupe. The “Dance of a Thousand Years” featured music with traditional string instruments and creative outfits which accented the high-flying jumps, leaps and pirouettes. There was also some impressive drumming on display. Impressively delightful!

After the raising of the FIDE flag and playing of the anthem, there were words by FIDE President Kirsan Ilyumzhinov, the Minister of Youth and Sports Suat Kilic and Turkey’s Federation President, the visionary Nihat Ali Yacizi. Ilyumzhinov mentioned the record of 158 nations and the efforts of Turkey in holding a superb event. 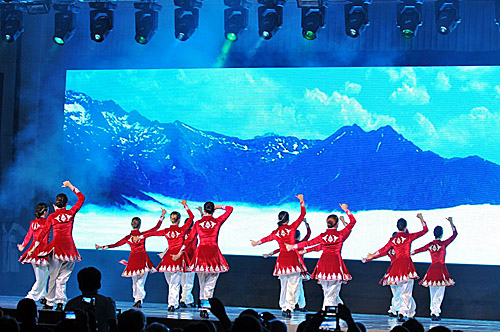 Yacizi has been the point of the spear leading Turkey to chess relevance after developing a national program for chess development. His ambitious plans often bring skepticism, but no one will doubt his results and drive. He estimates more than 235,000 players dot the map of Turkey with 60,000 trainers and coaches. The country has an active program for getting chess in the schools and he put this idea to the test by fielding two Turkish teams, one with the average of eight years of age. 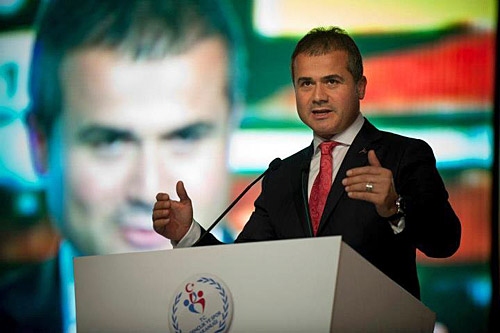 Kilic welcomed the audience to Turkey and offered his support in helping chess to further its growth. The Chief Arbiter IA Panagiotis Nikolopoulos held the drawing of the lots and Russia will play black on board one (open section) and Chin will play white on board one (women’s section). The games will start on tomorrow at 3pm. American medal hopeful Hikaru Nakamura enjoyed the evening tweeting, “Fun atmosphere and good opening ceremony to the 40th World Chess Olympiad. Time to focus on winning the tournament now!”