The World Open is a special tournament in U.S. history. Having finished its 40th version, the tournament will move to Arlington, Virginia next year. There are no clear plans on whether it will return to Philadelphia. Nevertheless, I have many good memories of the World Open. Here are some of them from the 2012 event. 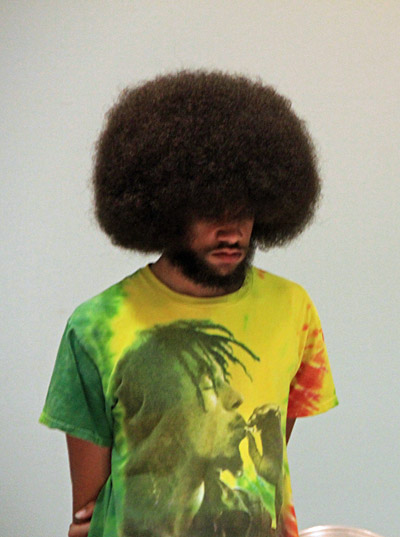 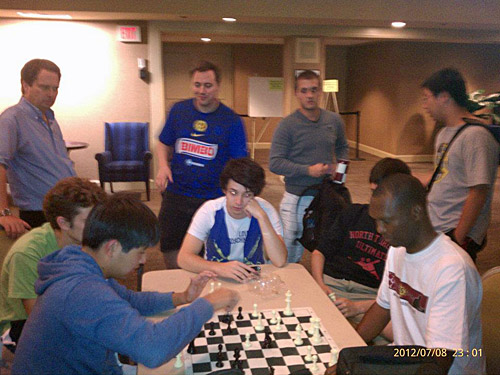 Analyzing with Michael Chiang after last round encounter.
We analyzed for at least two hours!
Photo by Oladapo Adu. 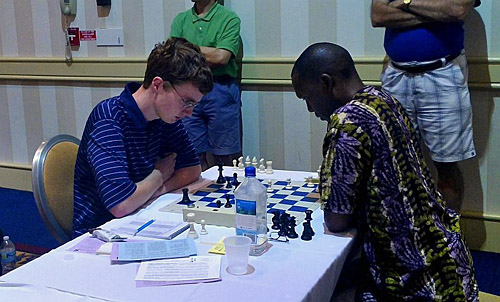 Losing to Finneran was a big disappointment putting me at 1½/6. I had to beat three Masters in a row to break even. Photo by Susan Grumer.

The World Open has provided me with a lot of enjoyment over the years and I have participated every year since 2000. It is a tournament where lifetime friendships are created, memorable games are played and stars are born. As I stood talking to Kassa Korley about our fascination with chess, I pointed out that it is amazing that so many different types of people spend so much time with such an activity.

There can be many enhancements that will reinvigorate the World Open, make it more fun and inclusive and create an environment that is more festive. A noticeable absentee were some of the vendors. Chesstour Chess Association can make the World Open more professional and draw 1500-2000 players, but it would take some rethinking.

Nevertheless it is a great tournament and enjoyed by those who attend. Perhaps the tournament will get a new start in Virginia. Let us hope that besides the occasional world-class GM and contingents from India, that the World Open will continue as a marquee tournament internationally. 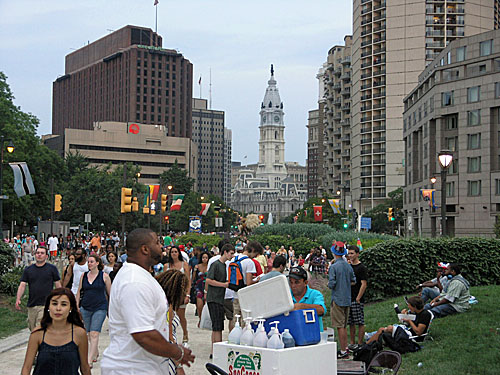