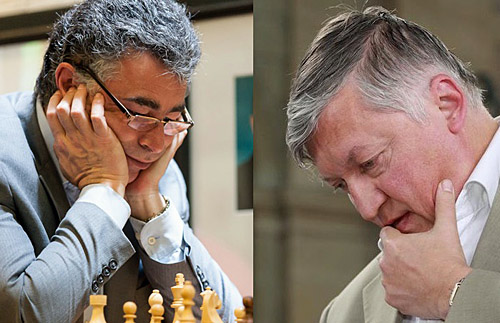 U.S. legend Yasser Seirawan and former World Champion Anatoly Karpov will face will face-off in a legends match at the Chess Club and Scholastic Center of St. Louis (CCSCSL). This is a revisitation of their classic battles in the 1980s. Photo by CCSCSL.

The two will face off June 9-13 in a unique competition that will test their classical chess skills along with their abilities at both blitz and rapid play. The format will ibe as follows:

Videos by Macauley Peterson for CCSCSL.