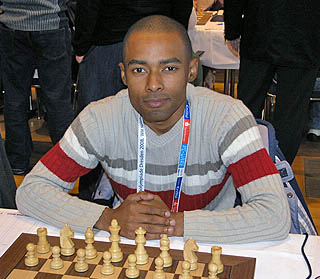 In mid-December South African national IM Kenny Solomon earned his first GM norm in the Open Internazionale “Città di Padova”. Having barely missed a norm at Cappelle La Grande, the Italy-based IM scored 6.5/9 and scored +1 against five GMs reaching a career-high of 2461 ELO. Having greater access to stronger tournaments Solomon has put together a string of successes and is on the cusp of 2500. Now married with a daughter, Solomon has kept a busy schedule and will hopefully have more chances at earning two more norms. He is now the top-ranked player in South Africa and the 7th on the continent of Africa.