Approximately one week ago, GM Maurice Ashley sent a Facebook message stating that the Harlem Educational Activities Fund (HEAF) had made a pledge to help three young Masters (Justus Williams, Josh Colas and James Black, Jr.) who were the subject of an article in the New York Times. It was this article that caught the attention of HEAF officials and resulted in a call into Ashley, a former director of the chess program at HEAF.

The three players all achieved a rare milestone of earning the National Master title and did so before their 13th birthday. HEAF’s committment is to sponsor the three players for their tournaments in 2012. The Chess Drum had a conference call with the parents of the boys and they were all excited at the arrangement. The three had been featured extensively in the media, but of course it is the parents who bear the financial sacrifice for their success. Thus, this assistance will serve as a great opportunity for the players to develop.

For those not familiar with HEAF, since 1989 they have held an after-school enrichment program to help students prepare for higher education. More than ten years ago, Ashley served as the director of the chess program at HEAF (with Jerald Times as an instructor) and during this time hosted several chess festivals featuring celebrities such as Wynton Marsalis and New York Knicks athletes. The organization was also featured in a documentary done by Dr. Henry Louis Gates. Ashley gave Dr. Gates a tour of the HEAF facility and explained its success. In a bit of trivia, the HEAF office is also where the historic Wilbert Paige Memorial tournament was held. 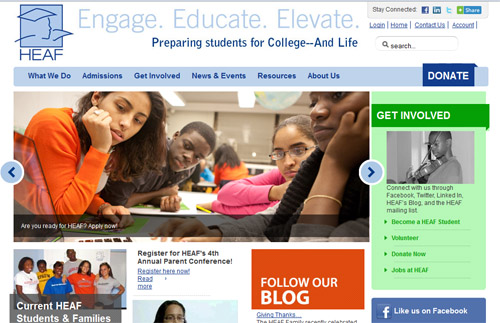 HEAF’s chess program was cut due to organizational restructuring and city budget cuts, but this latest venture is a way to continue support for chess excellence. HEAF will serve a complementary role to the other support groups helping the three chess talents.