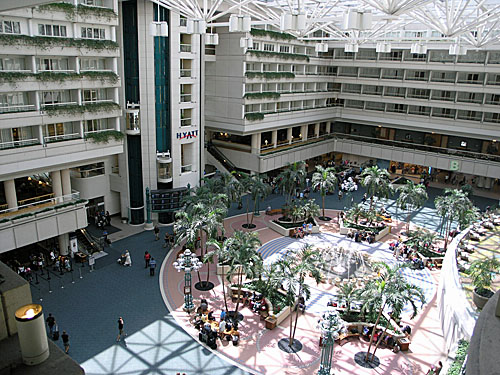 Orlando International Airport where the Hyatt Hotel resides. One should never miss a flight! Photos by Daaim Shabazz.

Aleksandr Lenderman has had a lot of fortune as of late. He was awarded the Samford Fellowship, a $42,000 award for top young chessplayers and now has joined the hallowed halls of those having won the prestigious U.S. Open title. While it is not certain if Lenderman did his dance, he would have been more than justified after beating GM Alejandro Ramirez in the blitz tiebreak. 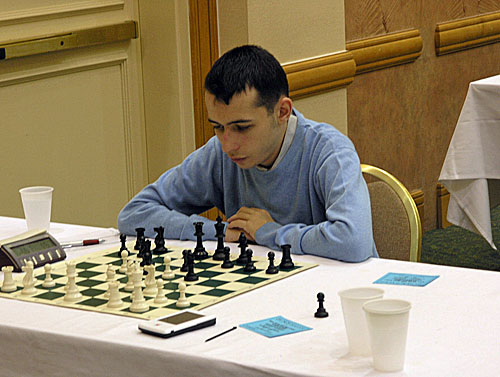 Six other GMs equaled Lenderman’s 7.5/9 including Hikaru Nakamura who was a late entrant. Lenderman held Nakamura in the last round to prevent him from winning outright. Nakamura did however win the blitz event with a clean 14/14 with Robert Perez a distant second on 11/14. The result is another example that the balance of power has switched to younger players. 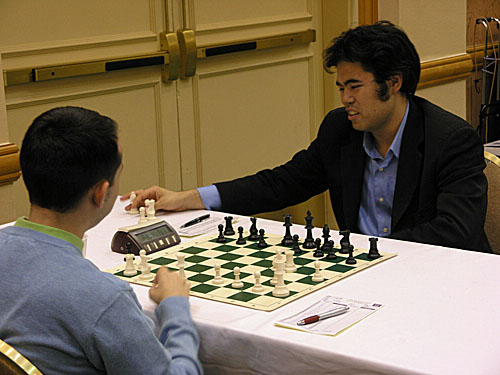 Lenderman chatting with Hikaru Nakamura after a tense draw.