Jamaica Chess Federation (JCF) president, Ian Wilkinson was given additional national responsibilities when he was elected unopposed as the president of the Jamaican Bar Association (JBA) on the 19th March, 2011. The JBA is the leading lawyers’ group for the country and contributes in many ways to the proper functioning of the justice system. Wilkinson, who is also a long-time lecturer at the Norman Manley Law School in Jamaica, has stressed that the Law is a truly noble profession and has vowed to improve the public’s perception of lawyers in Jamaica. 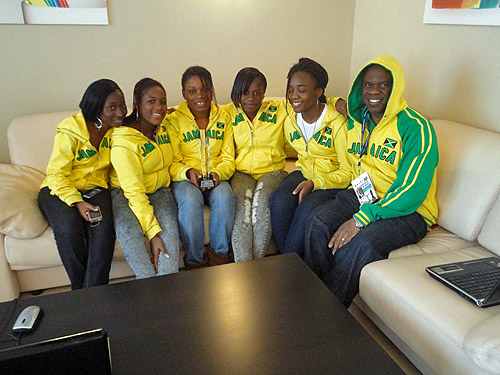 He is also a member of FIDE’s Ethics Commission (the “World Chess Court”) and sat on the tribunal, chaired by Italian Supreme Court Judge Roberto Rivello, in July 2007 in Greece when a decision was made on the Vladimir Kramnik-Veselin Topalov “toiletgate” complaint filed on behalf of Kramnik by his manager Carsten Hensel.

From an additional chess perspective, Wilkinson established the Magnificent Chess Foundation three and a half years ago and has used this entity since to teach chess to thousands of children in Jamaican schools. He is vigorously lobbying the Jamaican government and private sector companies to have chess as a part of the curriculum in every Jamaican school, especially in early childhood institutions.

See links to the following articles –

https://www.jamaicaobserver.com/news/Lawless-lawyers_8749243
(Article in one of Jamaica’s leading newspapers on Wilkinson’s appointment etc. as president of the Jamaican Bar)

https://www.jis.gov.jm/news/117/17756?mode=redirect
(Article on chess by Jamaica Information Service – the official news agency of the Government of Jamaica )

https://www.chessbase.com/newsdetail.asp?newsid=2888
(Chessbase article re Nigel Short’s visit to Jamaica in 2006)