Not much changed in the recently-released FIDE rating list for May 2011. The only two active players in the top 10 were Vassily Ivanchuk (2776, -3) and Vugar Gashimov (2760, +14). World Champion Viswanathan Anand (2817, +0) still sits atop the rating chart a mere two points ahead of Magnus Carlsen (2815, +0). The candidates matches have started and perhaps the players were saving preparation.

What is interesting to note is some of the players showing a resurgence. Arkadij Naiditsch (2716, +32) has reclaimed his 2700 status for the first time in two years. Judit Polgar (2699, +13) had a decent incline and is approaching 2700 once again. Several Russians have seen increases including Vladimir Potkin (2682, +29) who recently won the European Individual Championships.

For the women’s list, Hou Yifan (2612, +10) has inched up on the heels of Koneru Humpy (2614, +7) after her performances in the Chinese Championship and Chinese Grand Prix. Humpy triumphed in Women’s Grand Prix in Doha, Qatar. Big gains by Anna Zatonskih (2537, +38), but will lose some after winning the recently-ended U.S. Women’s Championship. Her points were gained from her success in the Bundesliga. Lots of activity among the women and now there are about 20 female Grandmasters on the top 100 list. 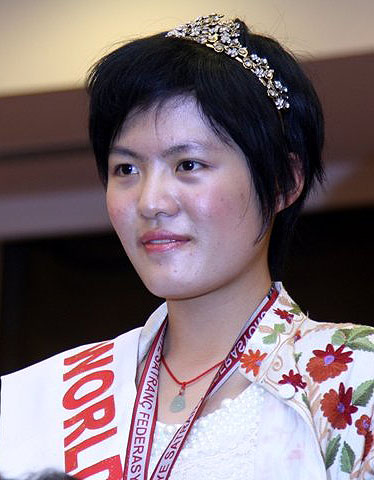 World Champion Hou Yifan, Women’s has Humpy Koneru in her sights and then the matriarch of chess, Judit Polgar.

Hou Yifan leads the girls’ list by nearly 100 ELO points. Dronavali Harika is second at 2520 (on -4) and Hou’s Chinese compatriot Ju Wenjun (2511, -8). China has six of the top 20 players and 11/20 are members of Asian countries. Deysi Cori , the Peruvian sensation, is the only American (South) on the list.