The Chess Drum’s Daaim Shabazz had a chance to chat with Bahamian chess pioneer Warren Seymour. He had finished directing the 2011 Bahamas National Open won by Yan Lyansky. 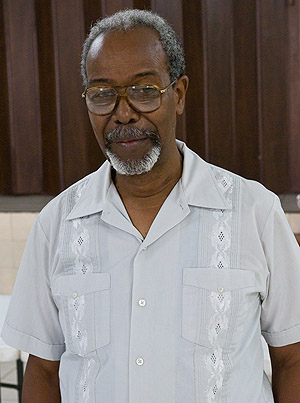 In the 27-minute interview, Seymour talked about his chess beginnings in 1954 and his learning the game by picking up a book in the library. After going off to England for schooling and was able to reinforce his passion for the game. Seymour remembers quite a bit from the humble beginnings of the federation.

The Bahamas became a member of FIDE in 1974 and participated in a number of regional tournaments in the Caribbean. A pivotal point in the development of Bahamas chess was the 1983 trip to Chicago for the 1983 World Youth Team (under-26). Seymour reflects on the history of Bahamas chess in an informative interview.