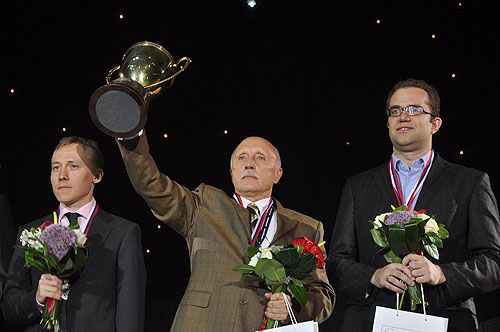 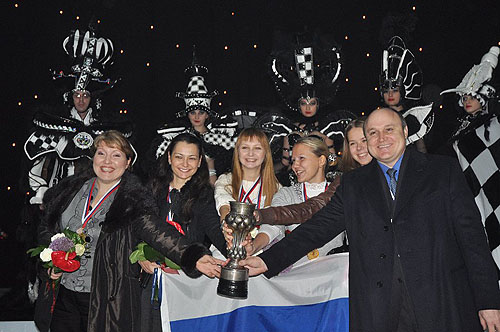 Russia’s team poses with captain with Yury Dokhoian (right) after an 11/11 golden performance. Photo by ugra-chess.com.

The 39th Chess Olympiad came a close on yesterday. As grand as the opening was, so was the closing. The event featured a splendid performance complete with laser lights and breath-taking choreography. The production on the live chess board was stunning. Some of the themes were repeated from the opening ceremony, yet both shows carried uniqueness to higher heights.

The following medals were awarded:

Based upon the photos, videos, interviews and the live reports, this Olympiad tournament was the best in recent memory. The conditions were excellent, minimal controversies during and spirited play throughout. There also seemed to be a camaraderie that was not present in Dresden. The next two Olympiad are in Istanbul, Turkey and Tromso, Norway. They will have a tough act to follow. We may have to wait until the tournament is held in China to see such a display… or will it be Istanbul? (See Closing Ceremony)