Round #10 Analysis: While the women’s gold has been decided, the open section is anything but decided. The Ukraine (18 match points, 27 board points) still holds onto a one-point lead, but Russia 1 (17, 26) and Israel (16, 27) are on their heels. Ivanchuk has led the Ukraine to a fascinating performance, but needs to win against Israel to clinch gold. They have already clinched at least a bronze.

A cadre of team are on 15 points and perhaps on of them can gain a chance at a bronze. Russia 1 will be heavily favored against Spain (15, 26½) and only needs to avoid losing to earn a medal. Armenia (15, 25) still has a mathematical chance at a bronze medal and will play a beleaguered France (15, 23) who were crushed by the Ukraine 3½-½ and eliminated. Poland (15, 27½) has a mathematical chances of a bronze in the event of a win over Hungary (15, 24) and an Israeli loss.

One side note is Magnus Carlsen crushing 25-move loss to Sanan Sjugirov, a local star. There is not much to say other than this type of result was bound to happen sooner or later. Carlsen may have been distracted a bit by all of the G-Star activities. His likeness is appearing on billboards all over Europe, Australia and in the U.S., but his lack of focus and poor play will raise questions. (See Sjugirov-Carlsen)

Round #10 Analysis: This tournament has been picture perfect for the Russia 1 team (20 match points, 31½ board points). They had “home field advantage” and gave their fans what they wanted… a gold medal. Despite some light criticism on placing World Champion Alexandra Kosteniuk on the third board, the strategy worked well and the team will stand on the gold medal stand for the first time since the Soviet Union broke up.

The Soviet Union won the gold in 1986 in Dubai, UAE. The women won round ten in resounding style beating Bulgaria 4-nil. Russia 1 will play Russia 2 and some have been discussing a loss by Russia 1. This may allow two Russian teams to win medals, but it would be short of a miracle for a number of reasons.

China (16, 28½), a threat to win gold every year, will have to vie for a silver or bronze against the Ukraine (15, 27½). Poland and Armenia also have 15 points with slim chances if someone totally collapses in the China-Ukraine match. It’s been a very interesting tournament with fantastic performances. The individual medals will be interesting since the new criteria of total performance rating (TPR) is used. The new criteria was introduced at the 2008 Olympiad. 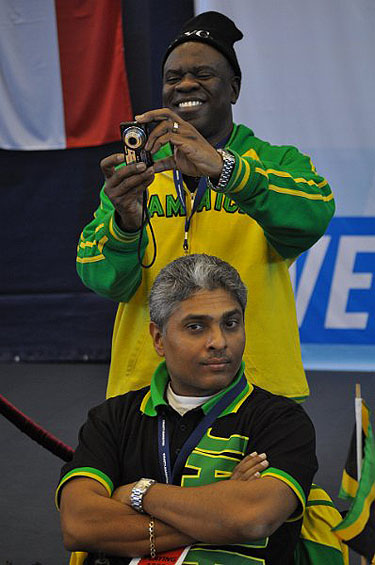