On day four, fatigue may have started to catch up with some of the players as perfect scores fell in the under-20, under-14 and under-10.

FM Keron Cabralis was finally stopped by FM David Finol of Venezuela and share 1st place with him on 5/6. Christian Ammon lost to Trindadian compatriot Joshua Johnson after winning his first five games. He is now a half-point behind Johnson and in joint second with Allon Richards of Barbados. In the under-10 section, Ashwari Akloe lost her first game to Lawrence Foreman of Jamaica. Foreman now leads the field with 5.5/6. 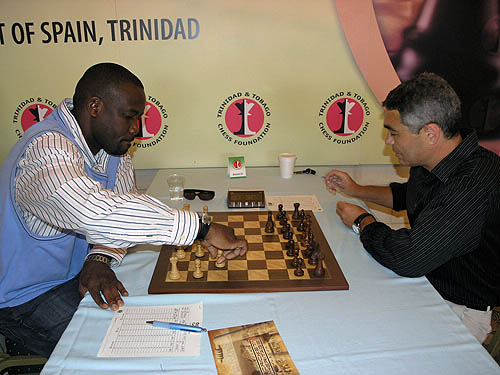 In the Open section, Oladapo Adu fell from grace after dropping a piece against GM Gennadi Sagalchik in a King’s Indian Attack. The Nigerian appeared to have small compensation, but it wasn’t enough and the GM consolidated and got the full point. It pushed him back in the lead with Ariel Marichal who beat a surging Kevin Denny. There are still three rounds to go and Adu, IM Rafael Prasca and IM Julio Ostos are a mere half-point back of the field. 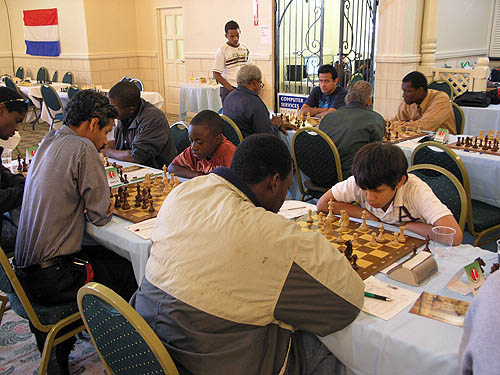 Watch out for these two players (11-year old Josh Colas and 13-year old Ricardo Velasco) in the future. Both were victorious in these games. Photo by Daaim Shabazz.