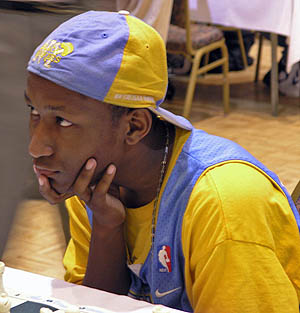 At the 2006 World Open, James “Jimmy” Canty III told The Chess Drum that he would seek to make National Master as soon as possible. While now a Senior at Detroit’s Mumford High School (transfer from Cass Tech), Canty has now earned the title of USCF National Master after a strong 6.5/7 performance in the Harold Steen Memorial tournament.

Steen was Canty’s first coach so it is fitting that he earned his title in his coach’s honor. Now at 17, Canty has reached 2200 and will now determine which goal he will conquer next. In a 2006 interview, he stated that he wanted to be the next Black Grandmaster… and youngest. Next spring, Canty will enter his final season of scholastic chess and hopefully will qualify again for the Denker tournament. All the best! 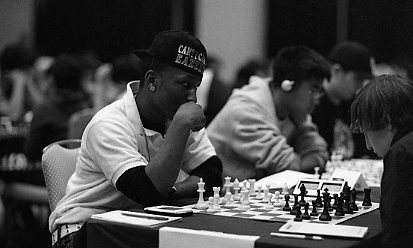 Robinson in Turkey for U-16