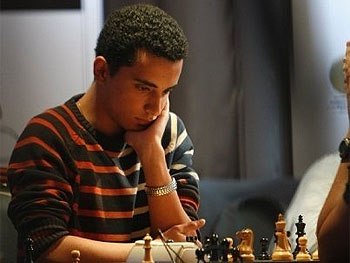 GM Bassem Amin has risen since winning the African Junior Championship back in 2004. He promptly added another Junior title in 2005. Since that time he has traveled the world competing in a number of tournaments and is approaching the 2600 barrier.

Going into the 2009 African Championship in Tripoli, Libya, there was a lot of discussion about Egypt’s strength. The question was not whether they would send players to qualify for the World Cup, but how many. GM Ahmed Adly had already qualified by becoming the World Junior Champion and Egypt was bringing a powerful delegation. With the three GMs in tow, the men would total ten players including the African Junior Champion, IM Kareim Wagieh and the defending African Women’s Champion, WGM Mona Khaled.

As the only undefeated player, Amin’s consistency gave him the momentum which he would not relinquish. The strategy of the Egyptians drawing each other and beating everyone was merely an illusion. Even in the earlier rounds games between Egyptians were played to a tense finish (i.e., Adly-AbdelRazik). In fact, Amin wreaked havoc on his compatriots by scoring 4½-½. His win over Ahmed Adly was unexpected given the standings, but Adly was playing with the comfort that he had already qualified. 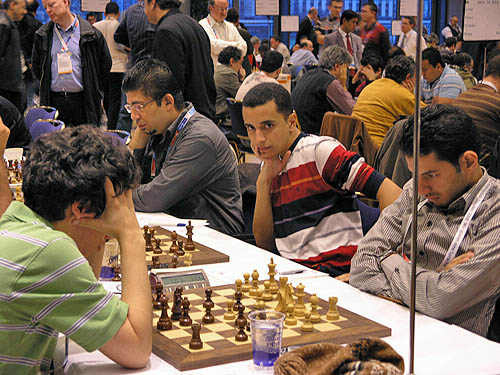 Amin has recently vaulted over Adly as the highest-rated player in Egypt and has been improving rapidly. What is important for Amin is that he has had a model like Adly to follow. The cohesion the Egyptians appear to will eventually produce the results we see coming from Asian federations like China, India and Vietnam. The only question left is whether Amin can continue to improve with the support of the Egyptian Chess Federation. It appears that he definitely has the talent.