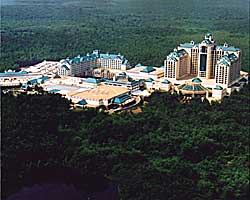 The Foxwoods Open is now at 12 years and it is a tournament that always brings memorable moments. This year the field only seats 17 GMs, but the competition has been fierce. The tournament has the usual GMs such as US Champion Yury Shulman, Hikaru Nakamura, Alexander Shabalov, Alexander Ivanov, but also added to the field are Darmen Sadvakasov and the Netherlands’ Loek van Wely. Young stars such as GM Josh Friedel, IMs Justin Sakar and Alex Lenderman are playing and even younger stars such as IMs Robert Hess and Ray Robson will be looking for GM scalps. IM Emory Tate is also slated for the billing.