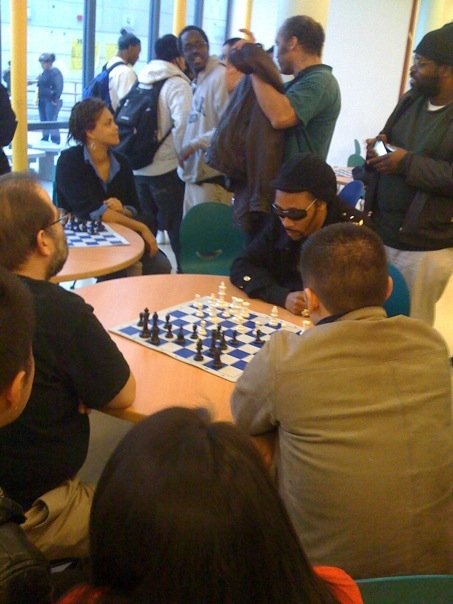 Just penned a piece on the meeting of RZA and Emory Tate. What is revolutionary about this meeting is not the mere personalities of two, but it is the idea that two individuals who would not normally have crossed paths would be sharing the same stage… sharing wisdom in their respective specialties.

Many years ago when Damon Willis launched urbanchess.com, I thought how it was interesting that the characters Wu Tang Clan rapped about in their songs seem to refer to chess players such as Emory Tate. I thought it would be nice to have a rap video characterizing Tate and perhaps telling the story of one of his games. Chess is but a story told from the perspective of the player. Imagine… “videoizing” chess games! That’s a new idea and the Hip-Hop Chess Federation has made this idea a possibility.