Pregame Analysis: Israel is attempting to hold onto a slim lead going into the 10th round match with the Ukraine. Boris Gelfand is in form 6.5/8 and Maxim Rodshtein of Israel is on 6/7 and have given the country a chance for its first medal. Serbia has win four matches in a row and will face an Armenian team that seeking to defend its title. China hopes to stop a resurgent England and live up to pre-tournament expectations. The Russia-Slovenia match does not directly affect the standings, but Russia will attempt to end on a strong note in a clearly disappointing Olympiad.

In the women’s competition, the race to the medal stand is even tighter. Only two points separate the top ten places. Serbia takes on the defending champions the Ukraine who have battled back to the top. Armenia faces Poland, China faces Georgia in the “match of the day,” and the USA tries to make a last push for a medal with Uzbekistan as the next opponent.

Round #10 Analysis: The Ukraine’s Vassily Ivanchuk continues to provide the anchor on board #1 and has played every single round. His leadership is clearing showing the ways after a crucial win over Israel. He and Boris Gelfand split the point, but the stability he provides on first board is invaluable. Zahar Efimenko has played the “enforcer” and leads the team with 6/8 (five wins). He converted a K+Q vs. K+R endgame in the win over Postny.

Women’s: Surprising Poland is in the driver’s seat as they will face the Ukraine in the final round. While Ukraine is still attempting to successfully defend their title against Georgia, China (14 points) has been eliminated from any medal chances. This comes as a big disappointment for the Chinese team who lead throughout only to lose two straight matches to Serbia and Georgia. Hou Yifan lost her first game to legend Maia Chiburdanidze accenting a second half collapse.

Meanwhile Russia (15 points) will need a miracle to get into the medal race. Ukraine, Georgia and Serbia are just ahead of them with 16 match points. The USA still has chances to sneak in for a bronze or silver.

African Diaspora: The biggest news of today is that Jomo Pitterson of Jamaica has earned his FM title. There have been other notable results such as WIM Oleiny Linares Napoles of Cuba who has 8.5/9 points. Fekadu Desalegn of Ethiopia is an unrated player who plays in a few local tournaments, but he won the Ethiopian qualifier surprising more experienced players. In this tournament, the has beaten FMs Delisle Warner, Ryan Harper and drawn with GM Alexander Baburin… quite an accomplishment. 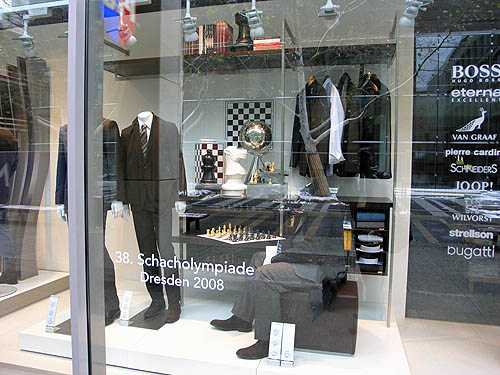 Picture window with a chess theme…
you can see images like this throughout the city. 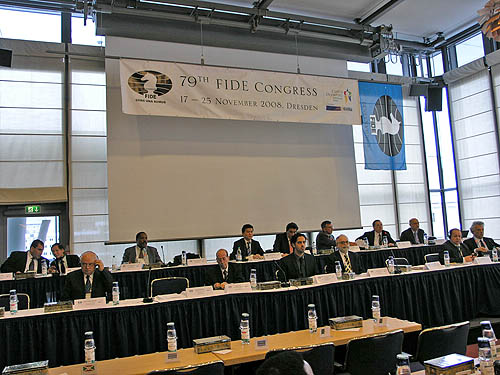 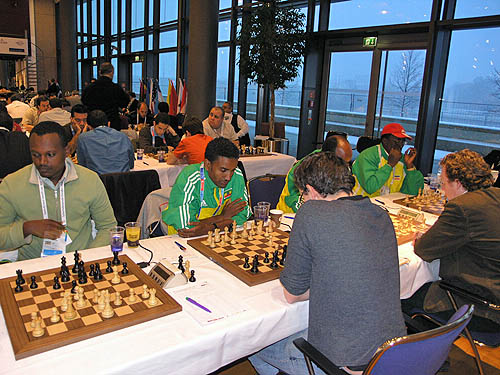 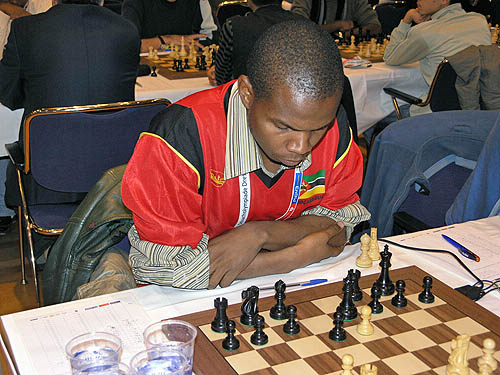 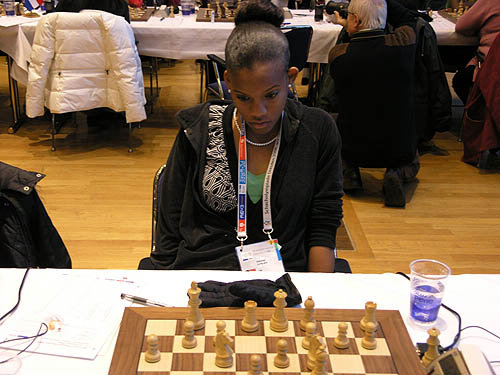 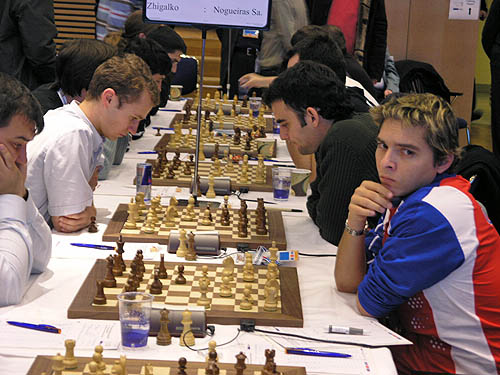 Belarus vs. Cuba. Lazaro Bruzon with his trademark determined look. 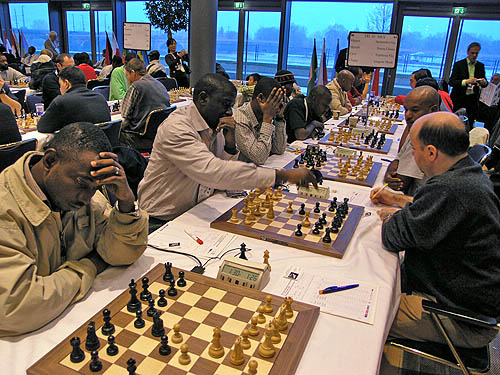 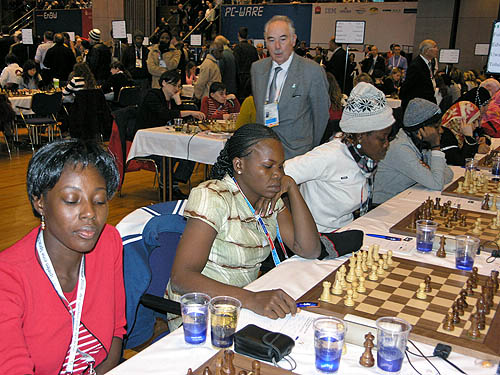 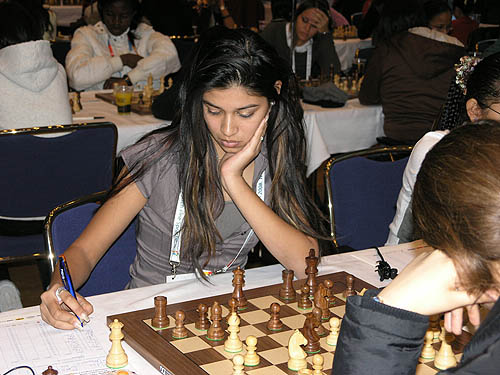 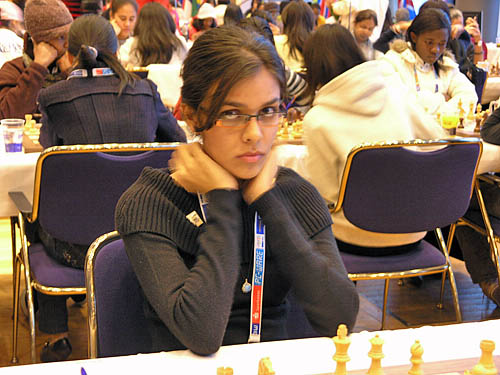 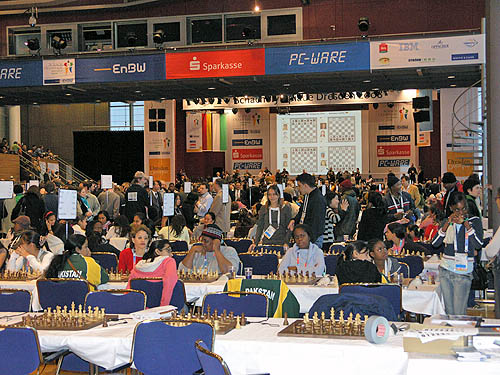 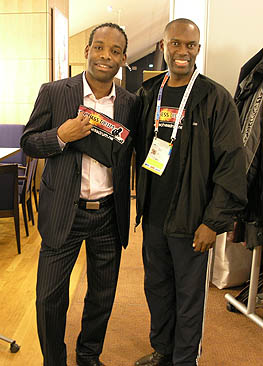