China put on an impressive display in the chess discipline at the inaugural World Minds Sports Games in Beijing, China. More than 3000 competitors from 130 nations descended up the site of the 2008 Olympiad for perhaps the strongest collection of diverse talent in history. Five premier minds sports were featured and the traditional powers in in each sport made their presence felt.

In chess, China topped the charts in the number of medals won with nine medals (four gold, three silver, two bronze). The Ukraine scored seven medals (one gold, four silver, two bronze) while Russia came third with three (two gold, one bronze). This tally shows the sheer dominance of the Chinese as the chess federation has emerged as an elite power and looks to be the strongest chess nation in 5-10 years.

This performance will provide confidence for the Chinese team going into the 2008 Olympiad taking place in Dresden, Germany in a few weeks. 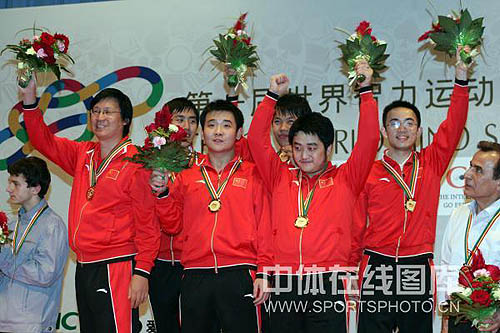 Posted in Asia, China | No Comments