In the past few years, a friendly chess rivalry has been born between Baltimore and Philadelphia. We love the game, and share friendship, and brotherhood. Sadly, displays of chess sisterhood are not as common in the chess world. Our past matches have been hosted by Lamont Rogers in Delaware.

The match on September 20, 2008 was hosted by J. Charles James and family, who were excellent hosts. This author and family also attended. We thank all who participated. Below is a spirited summary of the Baltimore-Philadelphia chess rivalry. Enjoy! 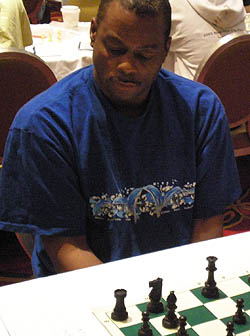 Which player was it that caused the most trouble for them? Was it William ‘Exterminator’ Morrison (pictured left), a genius player known well throughout the U.S.? Was it Antoine Hutchinson, who never shies from trash talking? Antoine tends to back up his talk with an outstanding record in Baltimore-Philadelphia matches. His first loss just occurred this year and his record contains no draws. Did David ‘Pawn Master’ McDuffie push his pawns to freedom? Did Baltimore’s young guns, Tavon, Jorge, Andre, and Mark fire the key shot? Or maybe Richard ‘Nails’ Thomas hammered home the point?

In any event, Baltimoreans combined forces to win the summer match as a team. Philadelphia did not triumph but acted as if they had. Yes, all appreciated their team’s effort, but the result appeared to be questioned not questionable. Baltimore beat Philadelphia 14-12. NM Glenn Bady could not accept the result and began to talk trash. Baltimore through Antoine Hutchinson, and this author responded.

Confident in their strength and obvious chess power, William Morrison invited Glenn for a Baltimore-Philadelphia rematch. On September 20th, the fateful rematch took place. It defined both of this year’s matches… Baltimore wins (15½-5½). This author lost every game, but the Baltimore Team came through to mount a 9-1 Rd.1 win, and a 6½–4½ Rd. 2 win {Players didn’t always play the same players each round.} Several additional players including IM Oladapo Adu, NM Troy Roberts, Sean English, LeRoy Hill, and Albert joined Baltimore in the latest victory. 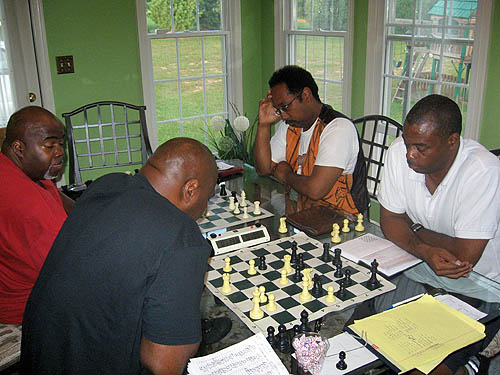 Here is the line-up and team members for both Baltimore and Philly as well as results:

Additionally, a team Speed tournament was held, and Baltimore won this match as well by a 13½-6½ score. Undeniably, the proof is overwhelming. Baltimore won both slow matches and the team speed match!

Yes, Philadelphia was severely outmatched, but they may now recognize that they must train harder or find additional players to make future matches competitive. This author has learned that to continue to play best chess requires rest, and study. Our inter-city matches help to remind all of us that the keys to success require all of us to make good decisions. Philadelphia probably should not have provoked a rematch so quickly this year without careful planning. 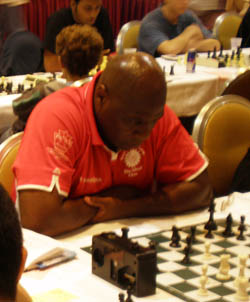 Rightly or wrongly Glenn Bady (pictured right) and his previous comments on the Chess Drum may be responsible for this match outcome. Glenn was Philadelphia’s team leader and could not muster a win or draw in the G45 match (neither did this author – but I wasn’t fantasizing about the outcome of the previous match).

In any event, players on both sides enjoyed the chance to play to improve and to claim bragging rights. We all look forward to the next match, but hopefully, we all will be a little stronger and wiser so that future matches will continue to be exceptionally played and enjoyed by all.

We have come a long way as brothers and men in the world of chess. We continue to strive to do our best. All of us are winners as we live life to our fullest. We should acknowledge unheralded players who some may argue got lucky, however, I am always happily amazed by the talent we all have. Clearly, Baltimore’s talent runs deep but Philadelphia shared great promise. We welcome the father-son duo of Bruce Thompson Sr., and Akeem Gregory-Thompson who represented nobly with strong play and ideas.

Consider the following position from Akeem’s game with Mark Dimarco-Walker. 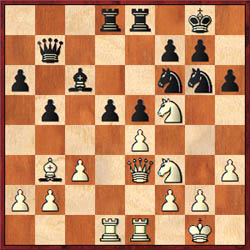 The position above, an idea from Akeem came up in analysis. Unfortunately, in the game, he later played Nh8 and hung his Rook. Mark coasted to victory without the challenge of Akeem’s full talent.

For Baltimore, our third string showed their talent. Note the following game from Brother Sean English as he gives a lesson in a King and Pawn endgame to Bruce Cox from Philadelphia, an experienced tournament player. 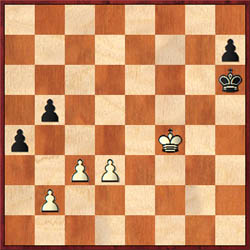 And as mentioned earlier, here are two games from Antoine Hutchinson attempting to seal his trash talking privileges with respect to Bruce Thompson, and Robert Gist. Bruce played extremely well (better in the middle game) to later be outplayed in the endgame and on the clock. 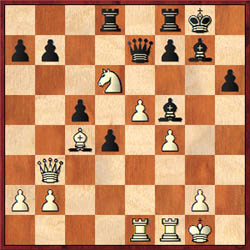 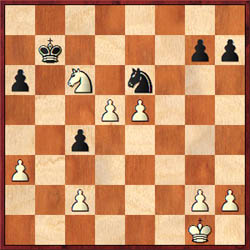 I include two games from Michael Williams, and note how unheralded talent Jorge Martinez outplays him positionally. 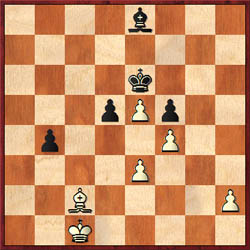 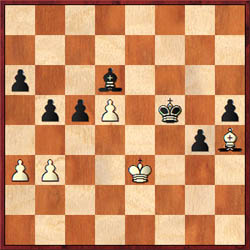 Lastly, I include both of this author’s losses as they were instructive because I consistently played moves I knew not to play (bad decision making to the highest level). In showing these games, I hope to share, but also to highlight some talent that Philadelphia has and should nurture to improve their chances in future events. 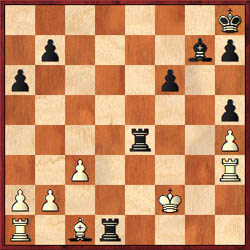 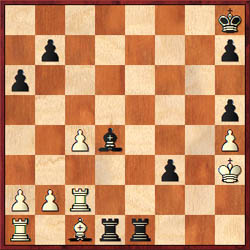 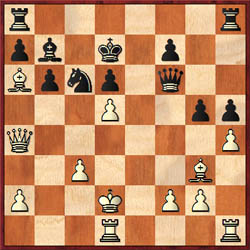 Note that other players have already submitted games to the blogs, and should be viewed carefully by all team members for future successes. I hope all benefit from this article, as it is the definitive statement on this year’s Baltimore-Philadelphia match. And now I end with an easy prediction – I predict that Baltimore will prevail next year as well unless Philadelphia brings a more serious team to match up. Baltimore’s depth is considerable and all teams must understand this to have a small chance to compete.