I was looking through my game database and found a casual game I played long ago. The game took place in Chicago’s Hyde Park at an outdoor meeting spot called “Harper Square.” Chess players were later banned. My opponent had just played 27. Ne3-g4. 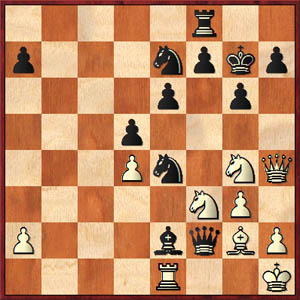