The 2008 World Open will go down in history as one of the most hotly-contested and brutal American tournaments. With a field of more than 30 GMs and a strong international contingent, games were bitterly fought and there were many upsets from the beginning. There were many side conversations about the young players and the new “model” for training. The “Internet generation” seems to be absorbing huge amounts of information and gaining opportunities to beat players relying more on experience. 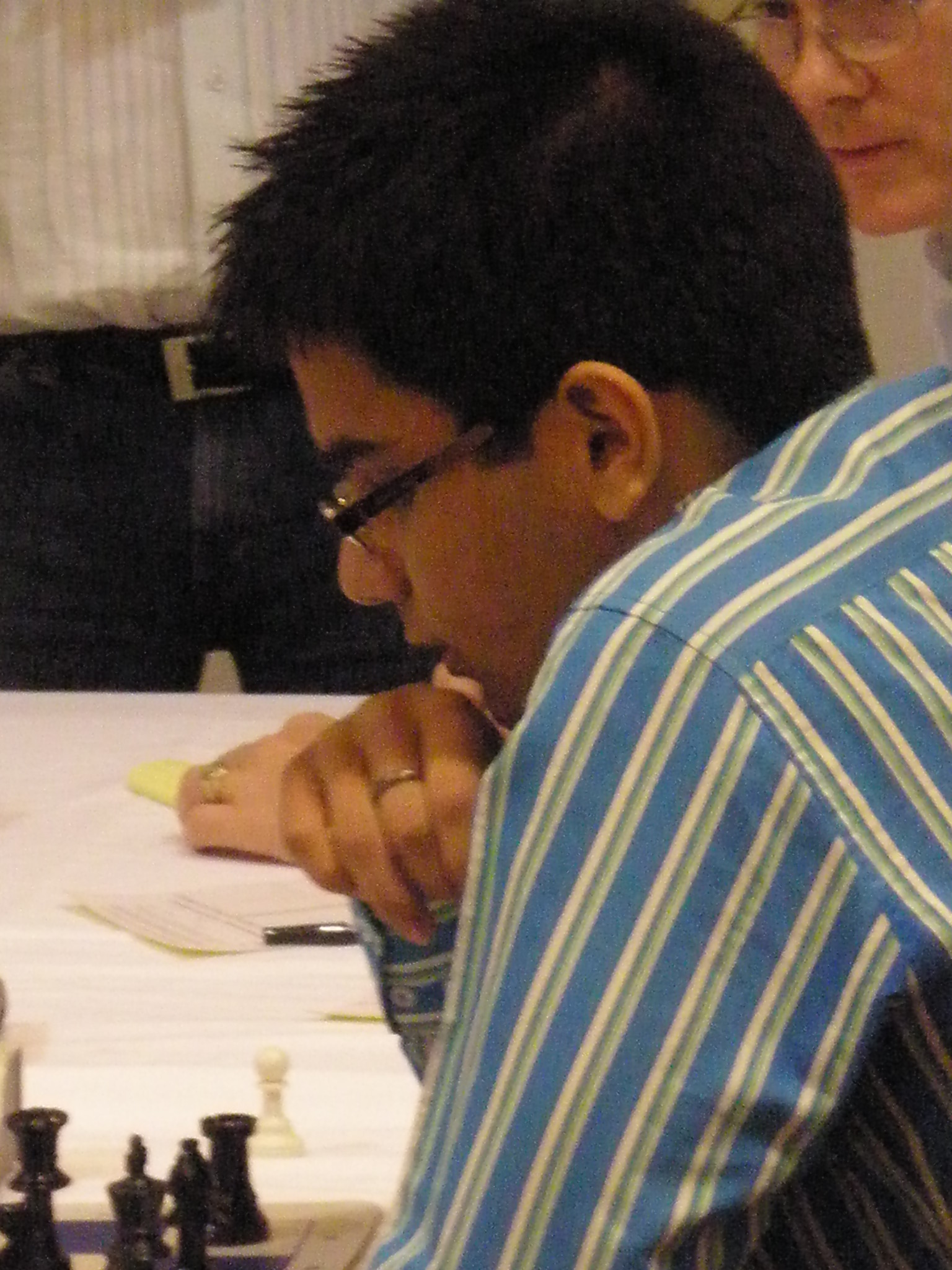 The winners’ circle actually combined the “old school” and the “new school” with veteran Evgeny Najer beating 15-year old Indian sensation Parimarjan Negi in a tiebreak battle. Ukranian Alex Moiseenko and Lubomir Ftacnik of the Slovakia also shared 1st. All three ended on 7-2 and split 1st-4th which amounted to more than $50,000. The tiebreaker was anti-climatic since Najer was in control the entire game and scored a convincing win.

The standards of play at the World Open have definitely increased. Four players scored 7/9, two players scored 6.5/9 and twelve scored 6/9. Not even Najer and Negi escaped defeat. The amount of drawn games was appeared to be down dramatically although this statistic is not confirmed. The games were also much sharper… and this is without the brash play of Hikaru Nakamura. 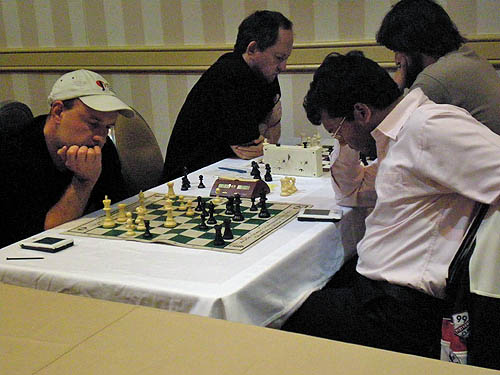 Alexander Shabalov seems to be in trouble against Surya Ganguly, but prevails. Unfortunately, Shabalov suffered a first-round upset and hurt his momentum. Ilya Smirin faces Jiri Stocek in the background. Photo by Daaim Shabazz.

A quartet of IMs, Justin Sarkar (5.5/9), Alex Lenderman (5.5/9), John Bartholomew (5/9) and Robert Hess (5/9), showcased their talents and may indeed follow the trend of newer American GMs Jessie Kraai and Josh Friedel. However, Indian players showed that they are a step above in the development of home-grown talent by trotting out Grandmaster-caliber players such as Negi, G.N. Gopal and Arun Prasad… all are less than 21. It is clear that players in the Open section will certainly have to be prepared in such a competitive pool of young, hungry sharks.

The Chess Drum was in the building!