I am emailing to inform you about the upcoming quick chess tournament this weekend at Chicago State University. We will have 2 tournaments in the next two months. The 1st one is on June 14th and the 2nd is on July 12, 2008. The Entry fee is $15 and the prize fund is $350 based on 30 paid entries. All proceeds supports the CSU chess team. Attached is a flyer for this event. 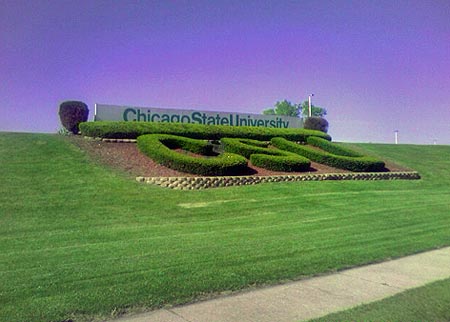 Registration: 11am-11:50am. Late registrars will receive ½ point by for 1st round

Rounds: 1 at noon and all other rounds will start A.S.A.P.

Any questions about this tournament please contact William Blackman @
wblackma@csu.edu.

Cordell Reed Student Union Building is the building with the cone shaped top.