Another Drum Major on the move!

Pontus Carlsson is in a field of 337 male players competing for the crown of European Champion. There are 159 players in the female section. According to ChessBase…

Carlsson is having a rough go it so far and after eight rounds he is on -1. He has a scintillating win against Bulgarian FIDE Master Valeri Lilov and a wild loss to Alexander Moiseenko of the Ukraine. 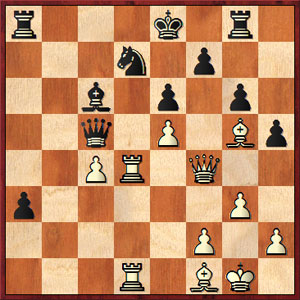 39 Responses to “Carlsson at European Championships”