The Grandmasters are in the house.

Schedule for April 26th- to May 1st, 2008, the Bridgetown Chess Centre will be the centre of local chess as twenty four players from the USA, England, Surinam, Martinique, Trinidad & Tobago, Bermuda, Cuba, Sweden, Colombia and Barbados via for honours in two sections, the Digicel Masters and RBTT Candidates. 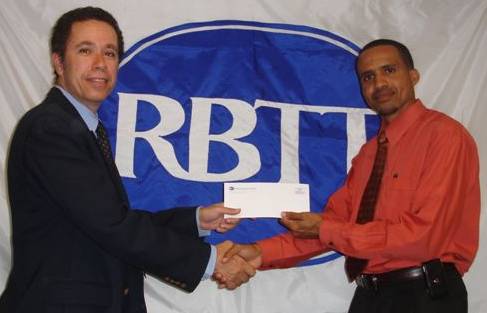 In presenting the sponsorship cheque for the RBTT Candidates Section, Mr. Joseph Charles, Marketing Officer, said that RBTT was pleased to continue the association with the Heroes Day Cup. He added that RBTT welcomed the increased participation the RBTT Candidates Section which provides an opportunity for a number of young players to play against strong regional competition as well a the much needed chance to qualify for an International Rating from FIDE.

A distinguishing feature of the 2008 edition of the Digicel Masters Section is the fact that all the participants are International Titled players, a first for the tournament and the English Speaking Caribbean.

Tate on norm hunt in Spain!