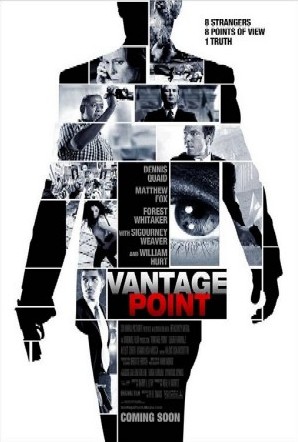 Assassination plots have always held intrigue in America, a nation having lost four Presidents to assassins’ bullets. The most widely-studied is the assassination of John F. Kennedy. This assassination had many different vantage points, but the conspiracy evolves around whether Lee Harvey Oswald was the lone assassin or whether it was an orchestrated plan by several factions. Looking at all the mind-boggling variations of assassination plots, there seems to be an interesting connection between the assassins, those who are charged with preventing assassinations and game theories found in chess.

“Granted… the object of chess is to assassinate the opposing king while
preventing an assassination of your own!”

A few weeks ago, I saw a very interesting movie called, “Vantage Point.” In this movie, Denis Quaid played a Secret Service agent who stood on the guard of the ficticious President Henry Ashton. There was one scene where he noticed a window with a curtain mysteriously fluttering. It was later found to be a diversionary tactic.

Minutes later, bullets were whizzing toward the President. As the shots rained down on the podium, chaos ensued. After the pandemonium subsided, a bomb blast sent people flying. The movie shows the same sequence from the vantage point of eight different people… including a bystander (played by Forrest Whitaker). The movie illustrated a situation where the assassins were a couple of steps ahead of the security and hatched an intricate plan. 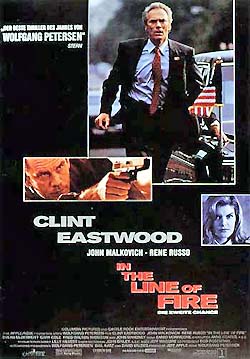 During an event requiring elite security, agents have different assignments to secure both the immediate area of the President and the perimeter. Movies such as “Vantage Point,” and “In the Line of Fire,” give the audience an idea of the mental agility required for Secret Service detail. They are the last line of defense.

What type of training would help them to sharpen foresight? Could chess play a role? Perhaps. Granted… the object of chess is to assassinate the opposing king while preventing an assassination of your own! This is not the most flattering way to characterize chess, but it is indeed a simulated game of warfare.

It should be obvious that if an assassin has to have “chess” foresight, a security agent must be able to think in terms of preventive measures and reactive countermeasures. Chess helps one to think in a multidimensional fashion and to spot endless possibilities prior to execution of a move. While there is a place in security for a 6’6″ hulking mass of muscle, an average-sized athletic man with a razor sharp mind is invaluable.

As we know from the parallels in chess, one can know exactly what an opponent is going to do, but still not understand their execution. An assassin surveys the terrain for optimal locations; he looks at patterns; he studies tactics and strategy; he creates diversion; he creates illusion; he creates distance and closeness; he capitalizes on weaknesses; he manages time. Timing is a crucial factor as one’s plan has to be right and exact… or the plan falls apart and the conspirator is “unmasked.” Sounds a lot like chess strategy. As much as scenarios can be studied, chess may help one to visualize scenarios and to foresee possibilities leading up to execution. 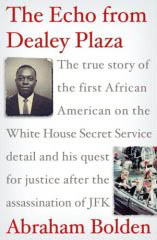 The Kennedy assassination is perhaps the most widely discussed with many conspiracy theorists pouring over every detail of that eventful day on November 22, 1963. Some of the variations leading up to the event were no doubt the inspiration of the movie, “Vantage Point.” Assassination plots are always filled with the “why’s” and “who’s,” but what also happens is an examination of the mind of the assassin. The methodical plan depicted in the movie appeared to come from the mind of a deep thinker. However, the Secret Service did make a good move to pre-empt any such attempt. Good move… and good movie! ❗

Note: Abraham Bolden recently-released a book titled “The Echo from Dealey Plaza.” It is a true story about Bolden’s experience as a Secret Service bodyguard for President John F. Kennedy… the first by an “insider.” Dubbed the “Jackie Robinson of the Secret Service” by Kennedy, Bolden was the first Black assigned to the White House security detail. However, he stepped into a situation where he endured hostility including hanging nooses, racial ephitets and envy. During his 30-day stint on the Presidential detail, he also noticed a lax approach to security and reckless behavior. When JFK was assassinated on November 22, 1963, he would become embroiled in a controversy that would change his life. A story of historic importance. Check it out!

Order it on Amazon, or get in from a number of bookstores including Borders, Barnes & Noble, Books-a-Million and also retail outlets such as Wal-Mart and Target.