Check this game out! The Nigerian Champion sent in this slashing win. There was a book I once studied called “Sacrifices in the Sicilian” and they had an entire chapter on the Nd5 sacrifice… Bxe6, Bxb5, Nxe6, Nxb5 themes. I’ve added a few comments. Chikwere Onyekwere scored 5½-3½ to win a share of the under-2300 prize. 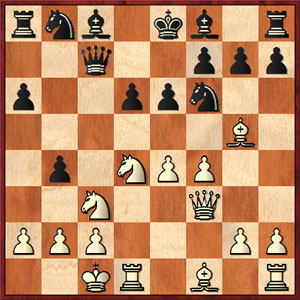