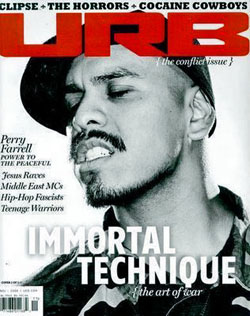 Adisa Banjoko was welcomed to a full gymnasium by the students at O’Connell high school in San Francisco. The panel included: Immortal Technique, JT the Bigga Figga and DLabrie (artist of “Vote for Barack“).

Immortal Technique, an Afro-Peruvian raised in Harlem, spoke of poor decisions he made which landed him in prison. He spoke of his solitude and his immersion in chess during this time.

Through chess he learned a different way to plot the course of hs life once he was set free. He made a profound statement which addresses a bit of the materialistic mindset of the youth today. His chess metaphor was onpoint and he articulated it by saying,

I taught me that, even if you have more pieces… for example… if someone has more money than you, their family has more money than you and they dress a little bit nicer, that doesn’t mean they’re winning. Because you have more pieces doesn’t in the game doesn’t mean you’re winning, it’s the position you’re in that dictates how things end. You could be up a rook and be up a bishop and be up a few pieces… up a pawn and still lose. So the game doesn’t depend on just material possessions. It’s how you think about it and how strong your family is as a unit. So that’s the one thing that definitely I could relate to from the board to real life… especially in that position in my life… it gave me a lot of time to think about what I wanted to do. 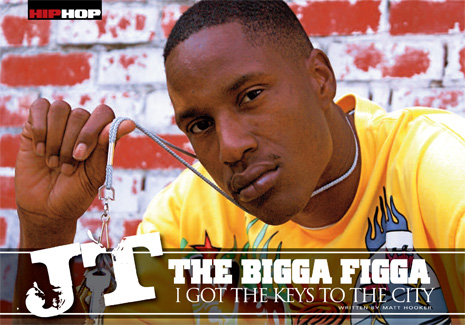 JT the Bigga Figga talked about his exposure into the rap game and the founding of his company. He recounted a meeting of rappers who were assembled by Minister Louis Farrakhan to discuss the state of rap music. JT brought his chess pieces and then related that to the networking that needed to happen to be successful. Each of the attendees (rappers, CEOs) needed to strategize and put pieces together in order to come up with a winning strategy. That led to his successful company at 18-years old and the discovering the mega-talent, “The Game.” He made the first move to invest in this artist in the frame of studio time, marketing, production and management.

DLabrie, the artist of the “Life Strategies” chess song, has had a successful career and is the founder of the Hip Hop Chess Congress. He talked about his upbringing of having half-brothers and sisters, but growing up as an only child. He stated that it was sometimes difficult to work in a team. One of his lines in the chess anthem was “Do you know what your team can do? Will you sacrifice four pawns to kill off two?” He stated that it relates to assembling a diverse team to win… as in the diverse pieces in chess.

It was a positive atmosphere and the students were very attentive. A good day for chess. See videos below.