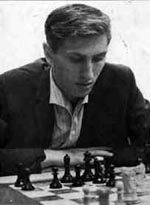 Back in 2001 there were rumours circulating that Bobby Fischer was playing games at the Internet Chess Club. GM Nigel Short was one of the first to make the claim that an extremely strong player used several anonymous accounts to play top players. Short had apparently heard it from a player in Greece (where he lives). He was skeptical, but was able to set up a 50-game match with this mystery player.

After losing 8-0 in the first series, he was amazed at his discovery. There was also talk about his unorthodox openings such as 1.f3 2.Kf2 and sometimes moving the king as far as the knight five square and back. When he made public this encounter everyone was doubting the credibility. However he then revealed the final proof:

The final “proof” that Short was playing Fischer in cyberspace came when the Briton asked: “Do you know Armando Acevedo?” – an obscure Mexican player. The response was immediate: “Siegen 1970.” Fischer had played Acevedo in the Siegen Chess Olympiad of 1970. “The guy was obviously trying to tell me something,” said Short. (see story)

Now that is something that only a few people can recall unless it is a top Grandmaster thoroughly familiar with minute details of Fischer’s career. Maybe it was Garry Kasparov of the “My Predecessors” fame? Doubtful he would engage in such a charade. What is the credibility of Short’s claims? When asked about this, Fischer denied Short’s claims. The story slowly went away. 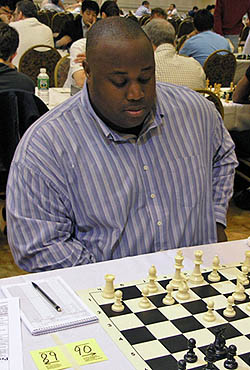 Recently Carlos Sims of Tennessee has released a report that the late R.O. Mitchell had an encounter with someone under an ICC “guest” account. The report states,

“On July 15, 2001 R.O. Mitchell claimed to have played Robert J. Fischer. Many of our local chess players think R.O. was just playing some patzer who probably using Fritz or some other chess-playing program. Whoever this duffer was gave convincing evidence that he was indeed Bobby Fischer! R.O. saved his conversation with this so-called Fischer.”

See R.O.’s conversation here and games here. It’s hard to tell from the games. In looking at the games, it seems to be more of an evidence of Mitchell’s less than stellar blitz play than anything else. Lionel Davis has made similar claims of meeting Fischer at the ICC and states that Fischer was a proponent of ultramodern openings. Could this been a prankster with Fritz? Could it have been Fischer? What do you think?