I have written a few stories about draughts (checkers) on The Chess Drum. What is amazing is that players of African ancestry have a formidable presence in the game with many Grandmasters in French-speaking Africa. One of the best players ever is Baba Sy (pronounced “see”), a Senegalese master who would become World Champion. I recently found a YouTube video of him giving a world record simul. I was astounded by a couple of combinations on the video. The video is in Dutch.

You can read more about Grandmaster Baba Sy at the links below: 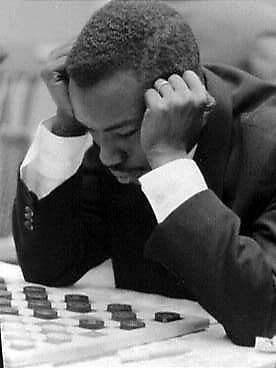