Those of you following chess have no doubt seen Hikaru Nakamura’s queen sacrifice against Poland’s Michel Krasenkow. It was a thing of beauty and show the power of minor pieces on attack. This should put to rest questions about Nakamura’s strength. Below is the position after 21.Bxf6. 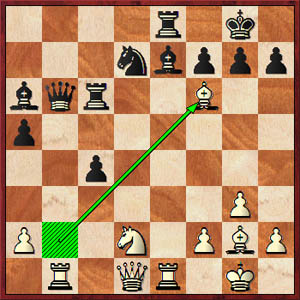 Nakamura responded with 21…Qxf2+!! Yikes! The white king has to walk the plank since on 22.Kh1, black recaptures the piece with 22…Rxf6 and the c-pawn will become a terror to deal with. Now on 22.Kxf2 Bc5+! 23.Kf3 Rxf6+ 24.Kg4. Many times in these positions you have to act quickly or the king slips away, but looking at this position, the white king has NO defenders at the moment and no haven to escape. All white’s pieces are too far away to interpose. Black played the natural 24…Ne5+ and the white king inches further with 25.Kg5. Looks scary! 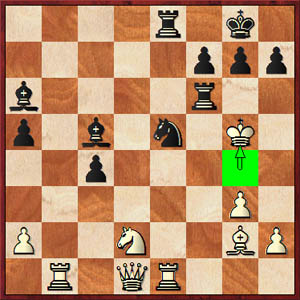 The white king is walking the plank! How does black finish?