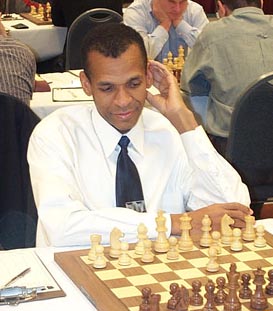 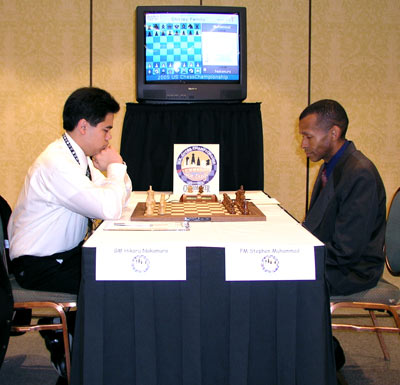 Stephen Muhammad’s consecutive appearances at the U.S. Championship will stand as a historic landmark for many years to come. In 2003, he and GM Maurice Ashley became the first Black players ever to compete in the prestigious tournament. It was indeed a proud moment! See the following links:

For his spectacular performance, Muhammad earned his 3rd IM norm and thus, the title. His return to the U.S. Championship was every bit as notable as the first. With his perennial GM performance at the World Open, Muhammad would become the first player of African descent in history to qualify in consecutive years. Muhammad’s historic appearances will remain as an indelible mark in the annals of chess history and will provide inspiration to many who seek to strive for chess excellence.