We have lost another legend, a sage, a walking library, legal scholar and an avowed chess enthusiast. George Neves Leighton has passed away on June 6, 2018 at the age of 105 at Veteran’s Hospital in his home state of Massachusetts. The cause was pneumonia. He practiced law in the state of Illinois until the age of 96 and provided legal counsel until age 99. The Cook County Courthouse (26th California) in Chicago is named after him.

As a teen, I saw Judge George Leighton on a number of occasions competing in Chicago-area tournaments. While I did not know of his history in detail, I knew he was a judge. I would later learn through a friend Attorney Darryl Porter (whose father was also a judge) that he remembered them getting together for chess meet-ups. Leighton was very active and frequently traveled for major tournaments. He stopped his regular activity in 1997 and his last tournament of record was 2002 U.S. Masters. In the 80s he eclipsed the 2000 rating barrier and was very proud of his win over strong Russian master FM Leonid Kaushansky. Leighton was 69 at the time of the game and I remember seeing his comments about the encounter. Here is that game with a back story in the April-May 1982 issue of Illinois Chess Bulletin:

“Leonid Kaushansky lost his round one game vs. Judge George Leighton and then withdrew — his second disappointing tourney in a row. The judge has achieved an Expert’s rating after years of aiming in that direction and if recent results are any indication, should race through that category — and catch the 2200 magic number.”

Richard Verber, a large-than-life chess icon (literally), had so much regard for Leighton that he would jokingly threaten chess players that he would get the accomplished judge to rule against them. A very stately man with his signature eye glasses, he was a renaissance man who fought many battles in life and many over the chess board. According Tim Redman’s September 2011 interview with him Chess Life (pp. 26-29), Leighton revealed that he learned chess from Mary Hayden, the operator of a local boys’ club.

Besides his love of chess and law, Leighton was a family man and married Virginia Berry Quivers of Washington, DC. They raised two daughters, Virginia Anne Reynolds and Barbara Whitfield. His wife preceded him in death in 1992 after nearly 50 years in marriage. They were blessed with five grandchildren and eight great-grandchildren.

Born in New Bedford, Massachusetts on October 12, 1912, George was born George Neves Leitão. His parents, Anna Silva Garcia and Antonio Neves Leitão, Cape Verdean immigrants from the coast of Africa and had six other children. A bit of trivia… the name “Leighton” was suggested by his teacher who asserted that she could not (or perhaps did not want to) pronounce “Leitão” which is Portuguese. His parents agreed. 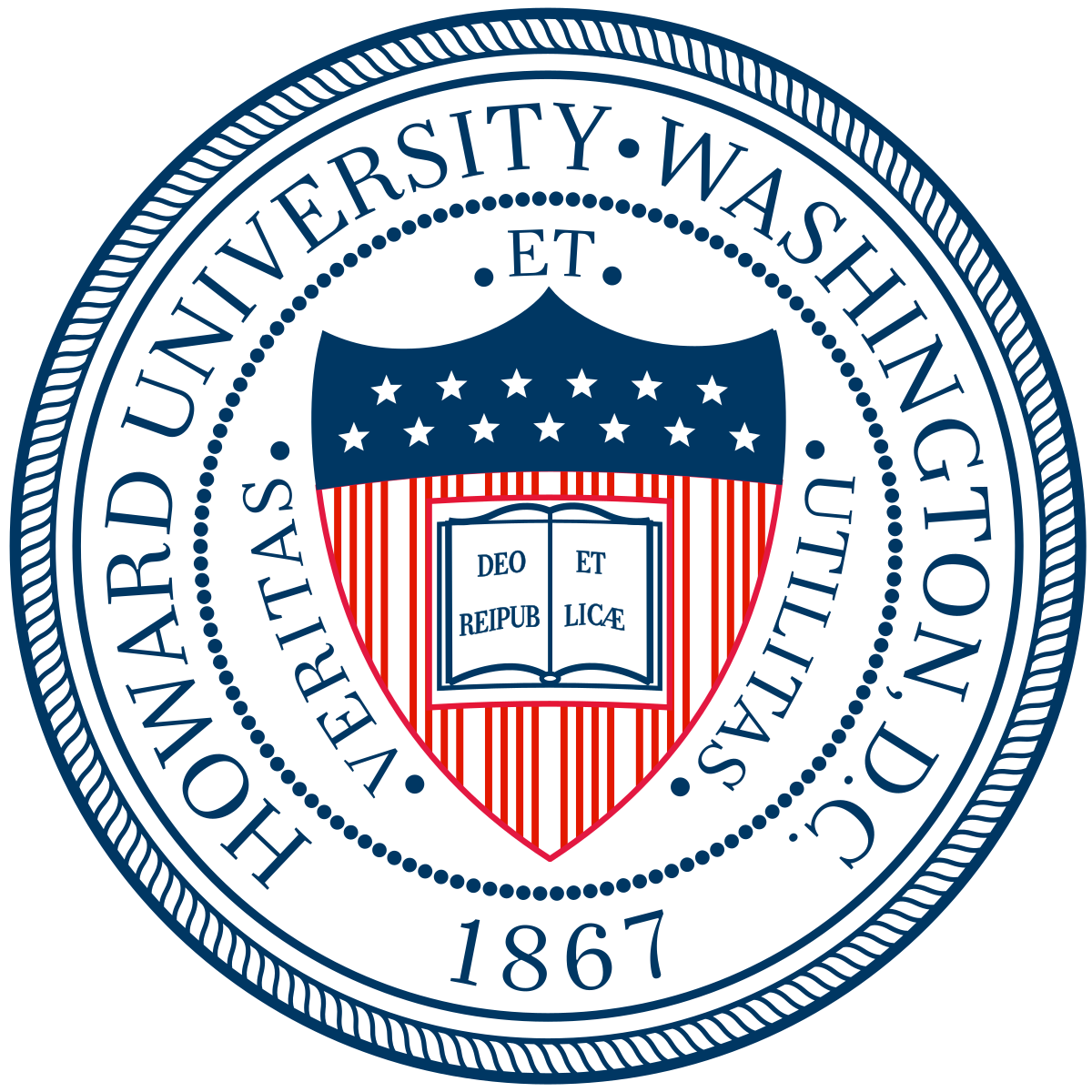 During his time at Howard University, Leighton pledged and was initiated into the Xi Chapter of Kappa Alpha Psi Fraternity, Inc. on May 2, 1938. In an interview, he recounted the importance of the organization in his establishing a network for his eventual success. One person who befriended him was Leroy Woodson, a member of Kappa Alpha Psi. It was Woodson who recommended him for the position of the Assistant to the Dean of Men. This gave Leighton free housing and tuition and gave him access to influential people at Howard. Unfortunately, he lost touch with Woodson after graduation, but there’s more to that story later. 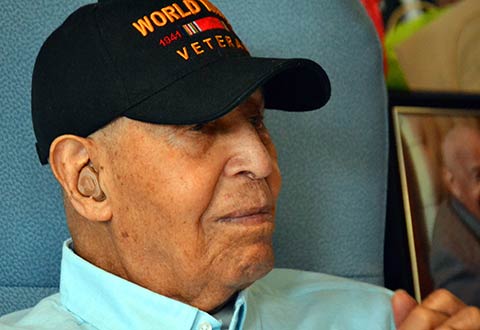 After a sparkling academic experience at Howard, Leighton entered Harvard Law School based on the strength of his academic record. Two years into his studies he was called to serve in World War II and enlisted in 1942. Army units were still segregated and the “Colored” units were often given some of the most dangerous missions. Leighton served in the 93rd Infantry Division. His son-in-law Robert Whitfield stated,

“Whenever we’d talk, he said he wanted to be buried at Arlington. I said I would look into it. He used to marvel nothing happened to him during the war. Bullets would fly by. He felt God was with him. He was never injured and everyone around him was being shot.”

Leighton was stationed in the Pacific Theater where achieved the rank of Captain was awarded the Asiatic Pacific Service Metal and a Bronze Star. In an interview with members of his fraternity, he recalled an interesting story. While still in the Pacific region he received an order to return to the U.S. While at the Army base in Philippines, Leighton was told by the Major that he had no official transport for him, but he could go into the tent to see a gentleman who could arrange his travel back to the states. When he entered the tent, who did he see? Leroy Woodson! This was to drive home the point of the powerful friendship that he had made at Howard.

Leighton returned to the U.S. where he was discharged returned to Harvard on October 24, 1945 and graduated with and LLB degree on November 25, 1946. He passed the Massachusetts Bar (1946), but less than two weeks later moved to Chicago and was admitted to the Bar of the State of Illinois (1947) where here would embark on an esteemed legal career. In 1951, Leighton helped to establish McCoy, Ming and Leighton, a predominantly-Black law firm in the Chicago area.

He made his mark in several civil rights cases including that of Harvey Clark who sought to rent an apartment for his family in the White enclave of Cicero. He successfully argued the case, but he was targeted after a fierce round of protests which including the apartment building being burned down. Riots ensued. All allegations and charges of inciting a disturbance against Leighton were dropped. Legendary Justice Thurgood Marshall intervened on his behalf.

In 1964, he became Judge of the Circuit Court of Cook County (1964-1969) and began teaching a course at John Marshall Law School. After his stint in the circuit court, he became Judge of Appellate Court (1969-1976) and was appointed to the U.S. District Court of the Northern District of Illinois (under President Gerald Ford) and served until 1976-1986.

In 1987, he retired at age 75 to become counsel to a Chicago law firm, Earl L. Neal and Associates. He retired from the firm at age 99. In a 1999 interview, Judge Leighton credited his longevity to good genes and a healthy lifestyle. He was particularly influential among the coterie of Black lawyers in Chicago and saw the rise of an obscure Senator named Barack Obama.

“I never smoked, I don’t drink alcoholic or carbonated beverages, and I eat two meals a day.”
~ George Leighton on longevity

As far as chess is concerned, Leighton had a long career of play and appeared to take great joy in competing. Even after he retired from tournament play, he kept up with current chess events. Leighton was a lifetime 1.d4 man and enjoyed Stonewall systems. With black, he played like the more positional French Defense, but played the King’s Indian with black.

Looking at his tournament record, he played in major tournaments around the country such as Eastern Open (DC), New York Open, World Open (PA), National Open (NV), New England Open (MA), Michigan Open, American Open (CA) and of course the Chicago Open. He also played in the strong Bermuda International Open in 1993 and 1995. Below are a few of his games with light annotations.

I cannot adequately express my overwhelming joy and gratitude for this news. I thank all those who have undertaken the laboring oar to achieve this wonderful result. We should notify our distinguished supporters of this decision and I will leave this to others to deliver this news. God Bless George N. Leighton.

Judge Leighton will be missed.