After winning the first two games and establishing a commanding lead, Wilkinson only needed a draw from the remaining two games to win the match. Armed with the white pieces in game three, he essayed the flexible and solid 1.Nf3 and Diedrick opted for the Queen’s Indian Defence with 2…b6. A tense struggle ensued as a determined Diedrick grabbed the initiative in the middle-game and went in search of victory. After thirty moves, however, he was uncertain how to proceed and worried that he might lose material. He, therefore, decided to settle for a draw (by repetition). 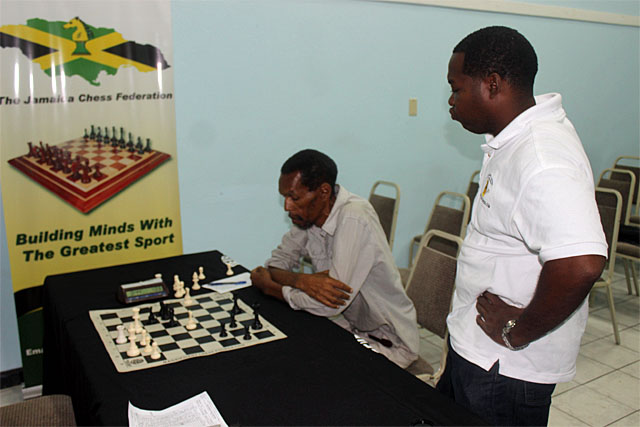 Arbiter Howien Foster (standing) looks on as Michael Diedrick assesses
his options close to the end of the drawn game 3.

The draw took Wilkinson’s tally to an unassailable two and a half (2 ½) points to Diedrick’s half (1/2) point, thereby allowing him to defend the title he won in the inaugural event last year.

The tournament (including the Play-off) was sponsored by Supreme Ventures, the Kasparov Chess Foundation, Medallion Hall Hotel and the SDF. 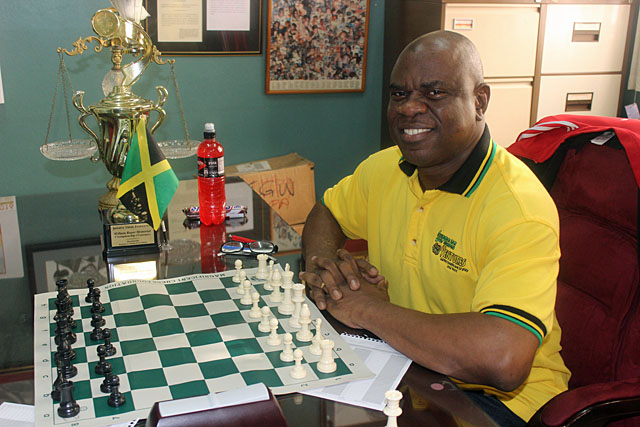 Wilkinson will be representing Jamaica at the World Seniors in November.