Americans will remember the stunning Hungarian actress Zsa Zsa Gabor who at 99 still evokes memories of a nostalgic era in film. Another “Gabor” has hit the American soil and while not befitting of the glamour of the socialite actress, Gabor Papp’s performance shone brightly at the 2016 World Open. In actuality, Papp was tied with six other players but had superior tiebreaks. He bested Bologan in an exciting Armageddon playoff featuring a classic Sicilian battle.

The fireworks started before the 4th of July festivities with Georgia’s GM Tamaz Gelashvili scoring a brilliant win over GM Varuzhan Akobian with a double bishop sacrifice. He was in top form. Papp would face Gelashvili in the 5th round and he cites this game as one of his most complicated splitting the point after 85 moves. However, there were still four more rounds to play and the several players were in contention.

Bologan, who was held in the 1st round by Giovanni Carreto (2224), got the key win over Gelashvili in the 6th round. However, GM Vasif Durarbayli beat Bologan in the 8th round to keep the race tense. Meanwhile, the key game in the 8th round for Papp was the crushing win over another Georgian, GM Giorgi Kacheishvili.

Going into the final round there was a logjam, with 13 players on 6/8 and four players on 6.5/8. All had a chance for a shot at the title. IM Ruifeng Li had a chance to secure another GM norm with a win over Bologan but the young star from Texas came up short in an absolute slugfest. Bachmann-Popilski was another Sicilian brawl with the Israeli beating the Paraguayan. GM Illia Nyzhnyk beat Cuban GM Isan Ortiz for 7/9 after Papp had quickly split the point with Durarbayli after 10 moves. 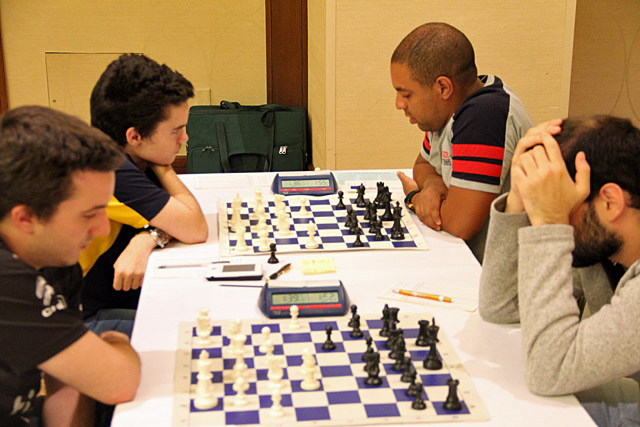 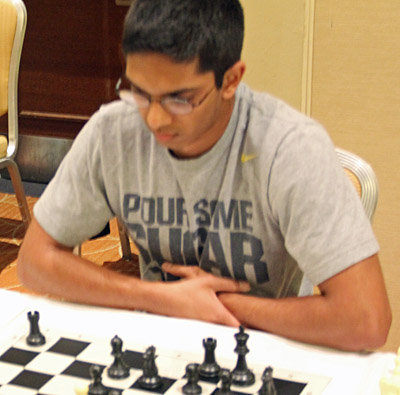 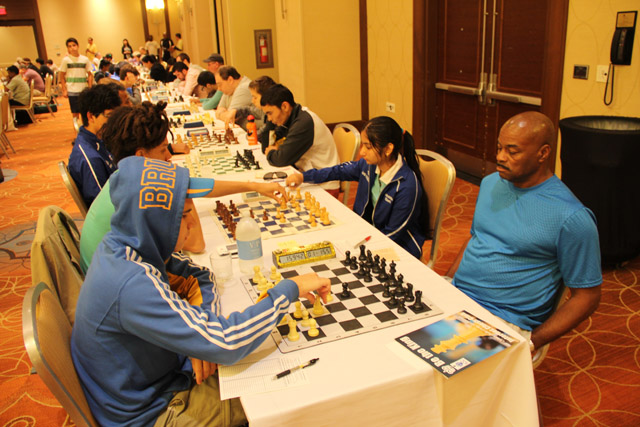