After some thought, and some discussions with a number of friends and officials in the US chess community, I’ve decided to pursue a write-in candidacy in the 2015 USCF Executive Board election.

First, let me introduce myself to those who may not know me. My name is Boyd Reed. I’m 41 years old, and have been a USCF member since 1986. I was born in East St. Louis, Illinois, and gained my initial entry into USCF through the scholastic program in the greater St. Louis area. I now live in Hopewell Township, Pennsylvania. I have a fiancee, and we’re blending three children into our family. One of them is my 11-year-old son, who is an active USCF player.

In my professional life, I am the quality assurance manager for a tech company in Pittsburgh’s North Hills area. When I’m not working (yeah, right), I like to work out, play pool, play poker and watch various sports at the college and pro levels. I have a Bachelor’s degree from the University of Illinois at Urbana-Champaign, and an Master’s Business Administration degree from Duquesne University in Pittsburgh. I’m currently pursuing a second Master’s degree in Information Systems Management, also at Duquesne.

“I am a competitive person at heart.”

I am now in my 27th year of directing and organizing USCF tournaments (I ran my first event at the age of 15). I’m a National Tournament Director, and an International Arbiter with FIDE. I’ve served as a scholastic official in both Illinois and Pennsylvania, and I’ve organized a national scholastic event (2001 NYAC). I coached a number of teams and individual players in Illinois while I lived there as well. I have been a member of the Board of Directors of Co-Chess (Illinois’ K-8 organization) and the Pittsburgh Chess Club. I am also a past president of the PCC. I was one of the proofreaders for the sixth edition of the USCF Official Rules of Chess, and I served as a Forums moderator for 21 months, up until late last year.

Now, I’d like to provide some background for my decision to enter this election in this unorthodox manner. I am a competitive person at heart. I know I’m an underdog, for a number of reasons. Write-in candidates do not, of course, get printed on the official ballots. Nor do write-in candidates get space for statements in Chess Life. These are tremendous disadvantages, that can only be overcome with a lot of direct contact with voters. To the best of my knowledge, no write-in candidate has ever come close to winning an EB election. So, why would I spend potentially hundreds of hours and thousands of dollars, trying to win an uphill battle where, if successful, two of the rewards will likely be the right to spend even more money and the responsibility to accept criticism from all quarters without losing my equanimity? 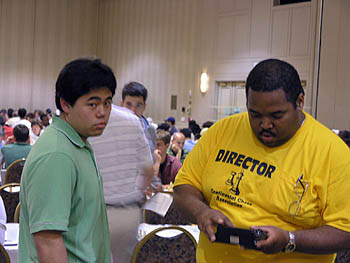 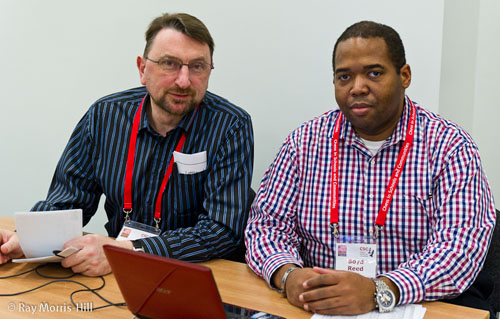 I have been approached before about running for the EB. However, like many members, I’m very happy with the current Board composition. I’ve had the privilege to see them debate issues amongst themselves, both in open session and outside of conference rooms. I think this Board works well together, has a diverse skill set, and has no obvious conflicts of interest that would stop any of them from making decisions they feel are in the best interests of USCF. They have honest, vigorous differences of opinion on many issues, but they have the ability to debate those issues and still work together with the overarching common goal of improving USCF. So, I’ve had no interest in seeing any of these volunteers leave the EB.

“I have a track record of independent thinking, experience with chess communities around the country, volunteer service to the USCF at the local, state and national levels, and a skill set that would complement the EB and serve as an additional source of expertise in many upcoming discussions. I’ve been an advisory asset to the Board in the past, and I think I can enhance that service by being an EB member in the future.”

However, I do believe that having uncontested elections is a bad thing. It deflates interest in governance of the Federation, and apathy is a great danger to a small, volunteer-driven organization. I confess that I didn’t even vote in the last election – there was no need even for the symbolism of a protest ballot, as I was satisfied with the incumbents’ performance.

My understanding this year was that we were going to have a contested election. However, with the regrettable news that Chuck Unruh will not be running, we are in the same situation we were in last year. I don’t think that’s even sustainable, let alone desirable. The members need to have options available to them, and we need fresh candidates to pick up the daunting burdens of volunteer service.

I certainly don’t think I’m the perfect candidate. However, I have a track record of independent thinking, experience with chess communities around the country, volunteer service to the USCF at the local, state and national levels, and a skill set that would complement the EB and serve as an additional source of expertise in many upcoming discussions. I’ve been an advisory asset to the Board in the past, and I think I can enhance that service by being an EB member in the future. Finally, I don’t have any conflicts of interest that may either hamper my service or cause me to recuse myself from any EB deliberations. I always have been – and will always be – my own man.

Understand, no one asked me to run this year. My hope is that, come election time, enough people will think that I should be running.

Thanks for your time, and I look forward to reaching out to more members in the coming months.

19 Responses to “Boyd Reed write-in candidate for USCF Board”