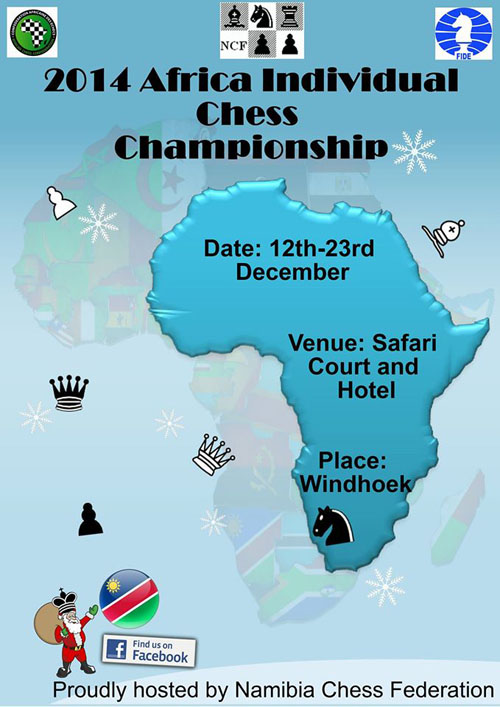 The African Individual Chess Championship has begun in Windhoek, Namibia and three spots for the World Cup qualifying tournament are up for grabs. The Namibia Chess federation (NCF) is playing host to the annual event which has attracted GM Ahmed Adly along with IM Kenny Solomon (three GM norms). There are six additional IMs with 32 players in the men’s section and 20 in the women’s. Unfortunately the tournament is considerably weaker than last year’s contest in Tunisia. The venue is the Safari Court Hotel & Conference Centre and the competition lasts from December 12th to December 23rd, 2014.