Last Saturday, me and my friend took the train over from New Jersey to New York for a beautiful Saturday afternoon. I wanted to see the newly-remodeled Washington Square Park. I had contacted a couple of players including Guy Colas who told me there was a tournament at the Marshall Chess Club. He also mentioned that James Black, Jr. and Justus Williams may be playing. So I knew I was going to visit the club. His son, Josh Colas, would be out of town on a family function.

I have always loved New York and actually lived there while working for Sports Illustrated during grad school. I remember the days of visiting Washington Square Park and getting caught up in the chess spectacle. In those days, there were the usual hustlers, but in arriving at the park, I did not see “Sweet Pea”, “Russian Paul”, “Theo” or “Poe”. I didn’t expect to. There was a new set… not as strong, but still passionate. 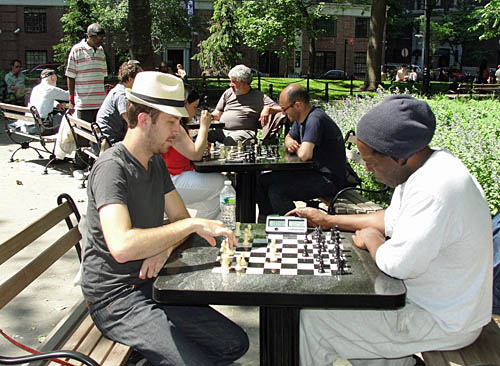 A blitz battle between a passerby (left) and a local street player named “Cornbread“. Cornbread had lost a few games in a row and then tried to up the stakes by offering time odds. Bad strategy. 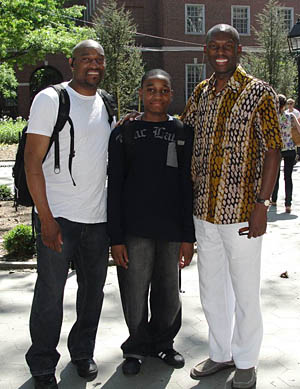 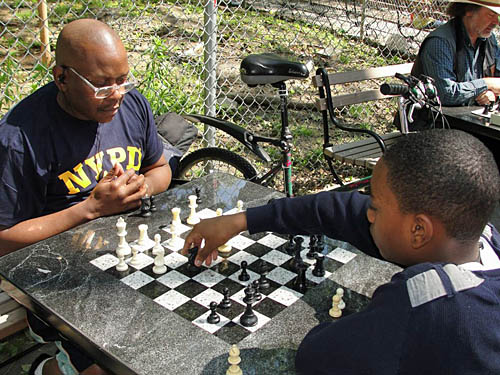 James Jr. is playing his first coach, Al Freeman. James Sr. told the story that five years ago, he brought his 8-year old son to Washington Square Park and coach called him for a game. Little did he know he would be helping to start the career of one of the most promising juniors of the future.

Players were calling me for a game and I just smiled at them. No gambling for me… a bit too contentious. After observing the pleasant environment for awhile, I spotted James Black, Jr. from a distance and he recognized me instantly. What a surprise! James and his father had just walked from the Marshall to grab lunch. The next round started in another two hours, so James Jr. sat down and played Al Freeman (his first coach) in games of blitz. Freeman was the first to see James enter the park five years ago and immediately stopped him so he could play. James beat his former coach before I offered to challenge the phenom. Despite being rusty, it was my pleasure to play him. 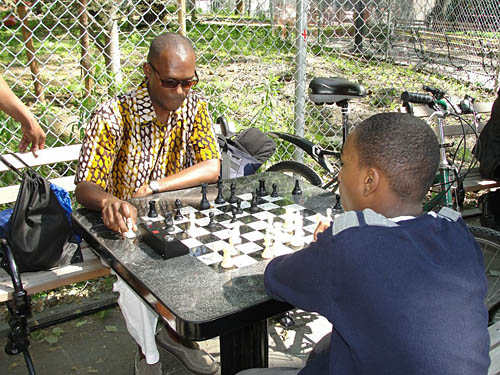 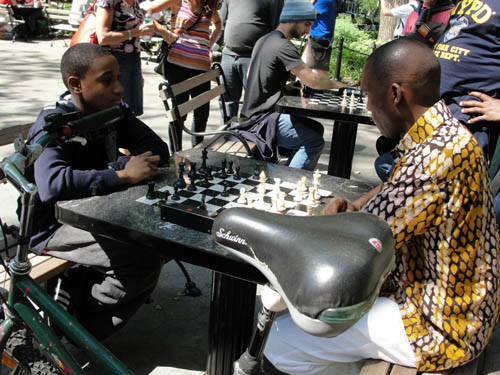 Our second game was a Caro-Kann Exchange. We followed theory for the first 12-13 moves and it was a good back and forth battle. I tried tricking him in an ending (Q+B+5Ps) vs. Q+N+5Ps), but he stayed composed. The ending position was drawn, but I lost on time. There was a crowd watching the games and I was glad not to be embarrassed in the second game. 🙂

So after watching a dance act in the park and walking for an hour with my friend, I passed the New York University building I used to live in. We had lunch at a place called Angelica Kitchen on 12th street. I had a beautiful kale salad called “Thai Mee Up” (see below) and another nice entree with a fancy name. It consisted of corn cakes with a rich sauce, cabara beans, guacamole (delicious) and other vegetables. I had hot apple cider and added minced ginger to it. Nice! 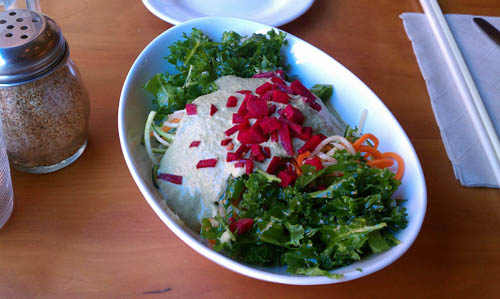 After lunch we visited the Marshall Chess Club which is 23rd W 10th St. I went upstairs and ran into IM Jay Bonin who was playing in the same tournament as James Jr. Unfortunately, James Jr. had already finished playing when I arrived. I then went downstairs only to find Darrian Robinson playing. I told my friend about Darrian and said I could not leave until she saw me. Finally she looked up with a surprised smile. 🙂 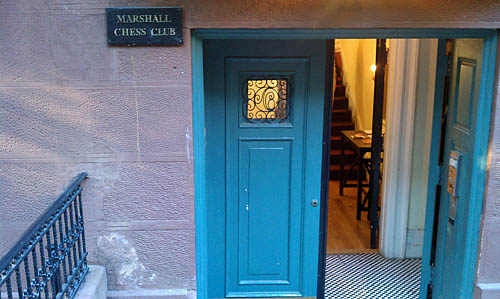 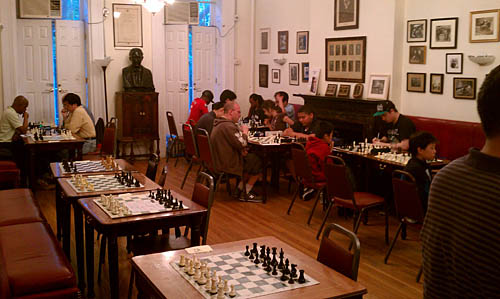 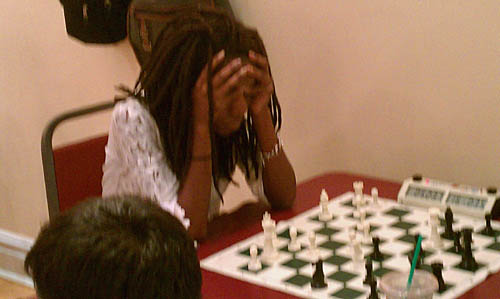 Look who I saw… Darrian Robinson! I’ll bet she was surprised to see me.

So the trip was complete! We got back on the train at Penn Station and back to New Jersey. I was following both the U.S. Championship and the World Championship and was attempting to update my stories. Being in New York is a good reason to neglect journalistic duties for a day! It was good being back in New York and I hope to return soon. 🙂 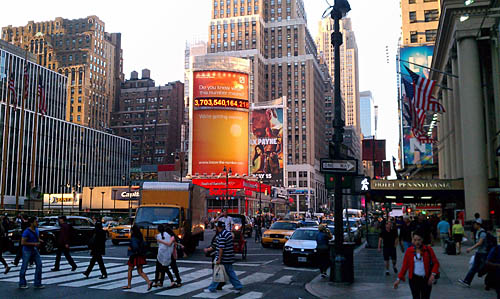 3 Responses to “The Drum beats in New York!”